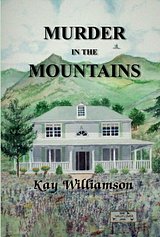 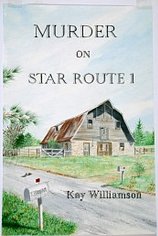 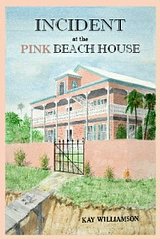 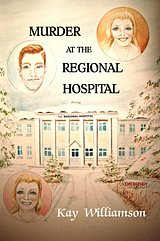 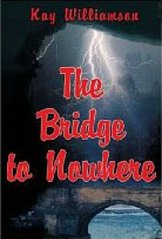 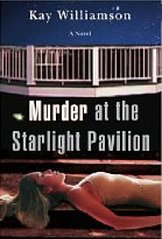 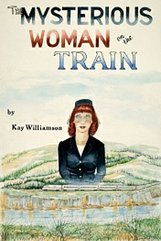 The Mysterious Woman on

David Martin is a professor at a southern Wisconsin college when, on a train trip to Chicago, he meets Rosalind, resident ghost and victim of her own unsolved 1940s murder. Through dreams and ghostly trickery, it takes the mysterious and captivating Rosalind a year to prod David into taking up her cause. But when he does, he turns to his stylishly spirited mother, Kathleen, for help. Thus this unlikely pairing of mother and son amateur sleuths takes up the trail of the mother of all cold cases.

Follow David and Kathleen as Rosalind leads them on a delightful trek from the mobster-land Chicago of her past to the culturally rich Austin, Texas rife with promises of the future – just whose you’ll have to read the book to find out. But be assured David and his mother will introduce you to all sorts of colorful people along the way to solving this cozy, cold case.

“Be prepared to be enchanted by David’s and Kathleen’s interaction as I was. They are the stars of this story. One more thing… coincidence may be replaced by synchronicity in your vocabulary once you’ve read Kay Williamson’s most entertaining The Mysterious Woman on the Train.”

On a warm August evening in a Cape Cod community, a young woman is found murdered at the Starlight Pavilion. A note written in lipstick on the ladies room mirror from the murdered girl warns college English professor and murder mystery aficionado, Killette Bennett, away from her date of the evening.

Enter Detective Mike Farnham. He turns his attention first to Killette since she’s linked to the dead girl by that lipstick note. But he soon discovers Killette herself is in danger of meeting the same end as the murder victim.

The ruggedly handsome Mike turns protector to Killette. But, given Killette’s talent for sleuthing, she can’t help but ferret out clues to a murder which somehow has made her a target of the killer. Teaming up to solve the MURDER AT THE STARLIGHT PAVILION, Mike and Killette find they make a great partnership in more ways than crime solvers.

When a prosecuting attorney, practicing in the Upper Peninsula of Michigan, is murdered at The Bridge to Nowhere, Angie Lewis, her legal secretary, teams up with Sheriff Wayne Meyer to find the killer.

There is a long list of suspects, starting with the D.A.’s two eccentric sisters, an abusive ex-husband, and two released prisoner who had threatened her.

After Angie begins to receive threatening phone calls and a fire is deliberately set in her front yard, the town of Gary is once again shocked when another woman is found murdered at the bridge.

As the sheriff and Angie work together they are becoming strongly attracted to each other. But in spite of the sheriff’s attempts to protect her, could Angie become the next victim at the Bridge to Nowhere?

The Bridge to Nowhere

Single, young, intelligent, and charismatic Dr. Garth Anderson has lived a charmed life. During his years as a surgeon at the Regional Hospital in New Britain, Connecticut, he’s never lost a patient.

But that changes two weeks before Christmas when his seventeen-year-old patient, Joey, is admitted with a ruptured appendix. When Joey is discovered dead from an overdose of lidocaine that had been administered in his drip, Dr. Anderson knows it was done on purpose. But who would murder an innocent teen? He vows to find out with the help of Police Detective Adam Finley.

Another crisis arises at the hospital when a young woman, Tracey, is admitted with a concussion from a car accident. Unconscious, her situation is grave. Detective Finley informs Dr. Anderson that the woman’s ex-husband, a well-known lawyer in the area, is suspected of causing her accident by tampering with her brakes. With the help of his mother, Dr. Anderson tries to communicate with the young woman by talking and reading to her.

Before the mysteries can be solved, one of Dr. Anderson’s patients has a near-death experience, a kidnapping occurs, two murder attempts are made on his life, and he’s faced with the dilemma of choosing between two beautiful women!

Can Dr. Anderson solve all the mysteries, find true love, and have a joyful Christmas after all?

When high school English teacher Christina Reed receives a mysterious phone call from her best friend, Lara Sommerfield, she rushes to her aid, only to discover that Lara’s cousin Janet has disappeared. The last person to see Janet alive was Kyle Sommerfield Lara’s husband.

While staying at the Wildflower Inn in the foothills of North Carolina’s Appalachian Mountains, Christina meets handsome and irresistible Lance Morgan, a college professor who is writing a book on true crime cases in North Carolina.

When Janet’s body is discovered, Christina, Lara, and Lance work together to help solve the murder. Who had the most to gain by getting rid of Janet? How do Janet’s husband Mark, Kyle’s father Joseph, and a high school senior named John fit into the picture? And does Janet’s murder have anything to do with a cold case involving the disappearance of Kyle’s brother?

“Murder in the Mountains is an intriguing read that keeps you hooked into the character’s lives until the gripping conclusion.”

Sandra Branham, an art teacher at Evansville College in the Upper Peninsula of Michigan, was planning to enjoy her summer vacation in her new country home on Star Route 1.  But it would be only a few short weeks before her lazily-planned summer would be interrupted by murder and mayhem.

Within a month, Sandra would: deal with her long-kept secret; confront the person who attempted arson on her home; help the district attorney solve two murders, and make her final choice between two extraordinary men.

Caution!  This romantic suspense murder mystery might interfere with your sleeping habits!  You may not want to put the book down.

“I couldn’t put this book down.  I thought it had a great storyline, and I love the fact that Kay Williamson always adds a little romance to her mystery novels.”

Brandon Sterling, a high school teacher in the samll town of Lo Verde Beach, Florida, is intrigued by a two-story pink house on a secluded area of the beach. As the house holds an aura of mystery for him, he usually slows down on his daily, late afternoon jog to take a closer look. But on this particular Friday afternoon, Brandon is shocked when he sees a man shove a screaming woman from the cupola of the beach house.

Brandon and his girlfriend, Amberly, find themselves deeply enmeshed in an intriguing mystery that involves a kidnapping, complicated evil vs. good twin theories, complex characters, and an attempt on Brandon's life. This amateur duo helps police authorities and FBI agents solve the puzzling, but entertaining, pink beach house mystery.

"Incident at the Pink Beach House will capture your imagination from the start. Characters are crisp and entertaining while the read is swet with intrigue and curiosity. This is one of those fast reads from which you will wonder where the time went. Don't miss this exciting novel."

Marshall Frank is a retired homocide detective and police captain from the Miami-Dade Police Department in Miami, Florida where he served in many capacities including head of CSI. He has authored many published articles, plus ten books, including five suspense novels. www.marshallfrank.com

Murder at the Starlight Pavilion